Some Gardasil Factoids (HPV vaccine) which parents ARE NOT TOLD 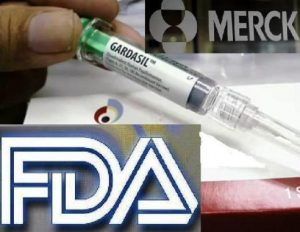 Two Merck Insiders (Virologists) say MERCK has been faking vaccine data for over a decade.

1. The HPV vaccine was developed by Merck, (also Vioxx in 2004 which killed over 60,000 people because of lack of testing.)  And Vioxx, like Gardasil, WAS FDA approved.  [A little risky?]

2.  Merck maintained a list of researchers and doctors to be ‘discredited’ or ‘neutralized’ for their negative opinions and findings regarding Gardasil and Merck was recently found guilty of trying to threaten doctors into prescribing their medication (in the court system of Australia.)  [A little pushy?]

3. Merck paid an undisclosed sum to Elsevier to produce several volumes of a publication that had the look of a peer-reviewed medical journal, but contained only reprinted or summarized articles–most of which presented data favorable to Merck products.   [A little dishonest?]

4. Merck is pushing for all the states to make Gardasil mandatory as soon as possible BECAUSE then it comes under the federal vaccine protection laws, and Merck cannot be sued if the vaccine turns out to be harmful.  [A little political?]    (Sounds like elected officials are really ‘for the people’, NOT)

Fertility, Pregnancy and Birth Defects
5. Gardasil and its boosters contain the chemical Polysorbate 80, which causes infertility in mice.  Merck acknowledges that Gardasil could cause fertility problems because they only followed their patients from 18 months to 3 years.  In fact, the Vaccine Adverse Event Reporting System (VAERS) further reports 45 cases of spontaneous abortion, or miscarriage, following vaccination with Gardasil. (It is estimated that less than 10 percent of adverse events are actually reported to VAERS.)

6. Five babies had been born with congenital birth defects after their mothers had been immunized with Gardasil within 30 days of conception, as opposed to a placebo group that had zero birth defects. Reports now put that number at up to 40.  Merck initially reported to the FDA that 27 percent of pregnant women had an adverse reaction to the shot and noted that “it is not known whether Gardasil can cause fetal harm when administered to a pregnant woman.”

Cancer and Gardasil
7. Gardasil and its boosters contain Sodium Borate, a carcinogen.  It is used as a common roach killer and is also known to cause seizures, unconsciousness (both common vaccine reactions), and death.

8. Vaccines and Related Biological Products Advisory Committee (VRBPAC) back in May 2006 revealed that when the vaccine is administered to a woman with a dormant or harmless form of HPV, the virus can become activated, increasing the likelihood of precancerous lesions developing by a whopping 44.6 percent.  That means Gardasil can cause cancer to develop.
9. Merck openly admits that they don’t know if Gardasil will actually prevent cancer at all. After all, the incubation period for cervical cancer is 15-20 years. Merck knows the vaccine is only good for 5 years at most.  That means a booster shot will be needed every 5 years — many more injections of chemicals which are proven to cause infertility and cancer, but unproven to stop cervical cancer.
10. Less than 1% of American women are diagnosed with Cervical Cancer out of all the new cancer cases each year. And less than 1% of all cancer deaths each year are because of Cervical Cancer.   (Influenza kills 10-times more individuals each year than cervical cancer.)

Gardasil and Side Effects
11.  In addition to seizures, unconsciousness and death, Gardasil has caused facial paralysis and Guillain-Barre Syndrome (body’s immune system attacks part of the peripheral nervous system).

12.  The FDA reports “Thromboembolic disorders (blood clots) have been reported to VAERS in people who have received Gardasil.”  These clots, many fatal, occurred in the heart, lungs, and legs.

Do your research.  Google “Gardasil deaths” or “Gardasil adverse events” Read about the girls who are no longer with us or who have become disabled because of Gardasil – the HPV vaccine.

Pass this information on.  Merck wants profits.  Politicians want campaign money.  We want our healthy and beautiful daughters back.   Just say NO to the HPV vaccine.  If you know someone who has been hurt by Gardasil, have them research the class action law suits against Merck.