The Ion Wand is an energy device, that is, it affects the energy garment around you, which affects how the physical tissues of your body operate.  I was introduced to it by other practitioners who reported amazing results with painful conditions including: backaches, headaches, neuropathy, teething, poison ivy, and various kinds and locations of joint pain.  Not all conditions 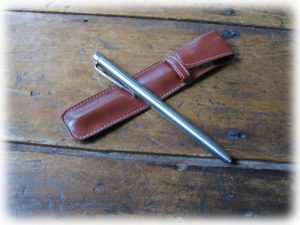 are helped so I muscle test to determine whether it is useful and HOW the wand should be used.

The wand is generally used in a circular movement pointing towards and near to the body (within 4 inches).  This can be a simple clockwise or counter-clockwise motion or a spiraling motion towards and away from the body.  Tapping the wand on a padded surface increases the ionization field around the wand and can be done before each use.  Many have reported sensations inside the body during ‘wanding’ and this is likely because the  invisible field around the body is influenced by the quartz within the wand.

Many report improved sleep when placing the wand under the pillow.

The Ion Wand contains quartz crystals and other minerals.  Quartz is a well known frequency regulator perhaps because of its piezoelectric properties.  Kirilian photography has shown that the field around the body is enhanced when a person holds a quartz crystal.  A stronger, more organized field around the body affects the current flows within the body which affect healing and regeneration of tissue.