Over the years successful therapeutic diets tend to morph in name but not in substance.  That is, the same dietary lessons are learned over and over again, and then introduced as something new. 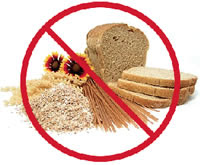 These were considered a problem more than 150 years ago.

Historically, reducing carbohydrates has been proven to reverse certain diseases.   Back in 1843, a physician named Stanislau Tanchou presented a paper to the Paris Medical Society claiming he could predict cancer rates in every major European city over the next 50 years, based on the percentage of grain being consumed in that city.  His predictions were shown to be exactly correct.  In cities where grain consumption was higher, cancer rates were higher.  And in populations where grains were not consumed, cancer did not exist.  Dr. Tanchou also noted that cancer would never be found in hunter-gatherer populations (paleo), because these peoples did not include grain-based foods in their diets.  Anthropologists studied the hunter gatherer tribes known around the world then, and no cases of cancer were found.

Eighty years passed, then in 1924, Otto Warburg (who received the Nobel prize for this work) showed that cancer cells metabolize energy differently than healthy cells.  Cancer cells  fuel themselves exclusively through the fermentation of glucose (sugar) anaerobically whereas healthy cells can use either glucose or ketone bodies.  Cancer cells consume sugar 19X the speed of normal cells.  A study carried out by Johns Hopkins researchers found evidence that some cancer cells are such incredible sugar junkies that they’ll self-destruct when deprived of glucose.  The glucose or sugar discussed here comes from carbohydrate consumption, not just simple sugars.

Then about 50 more years passed and Dr Robert Atkins proved that the way to reduce heart disease, high cholesterol (and triglycerides), AND diabetes was to greatly reduce carbs.  He published  Dr. Atkins’ Diet Revolution in 1972, and a second book, Dr. Atkins’ New Diet Revolution (2002),  where he modified parts of the diet but did not alter the original concepts.   He endured considerable persecution for his findings but his files were filled with supportive clinical data which he invited his peers to review.  The potential economic impact of his findings was huge especially the reversing of diabetes.

In medicine, a patient cured is a customer lost.

The Atkins diet has an initial break-in period where carbs are extremely reduced to reset the liver’s broken metabolism of carbs.  Once repaired (about 2 weeks or so), the body relearns to metabolize fat for fuel instead of storing it and only processing carbs.  (In this broken state, people are carboholics.)  Atkins, who had a weak heart himself, saw the indisputable connection between carbs and heart disease and carb metabolism and diabetes.

In addition to cancer, heart disease, high cholesterol and obesity, low-carbohydrate diets are used as treatments for some other conditions, most notably epilepsy (especially in children), chronic fatigue syndrome and polycystic ovarian syndrome.  Since the indicators point to a deficient liver function, the place to begin herbal intervention would be the Gentle Liver Cleanse.

The goal of a  ketogenic diet is to redirect the liver to process fats for fuel, instead of ignoring them in favor of carbohydrates.  It is centered on grass-fed pasture raised meats, fish, fats, non starchy veggies, eggs, and limited nuts.   An internet search will provide many ideas and recipes.  The purpose of this post is to stress WHY this diet is important therapeutically.  In my view, this diet should be used to correct imbalances that are manifesting in the body, and, as these correct, one should transition to a healthy balanced diet.

So it was difficult for me to concept that grains are ‘bad’ for us.  It has since become apparent that the grains are problematic when not processed properly.   How to properly process grains is explained in this post.